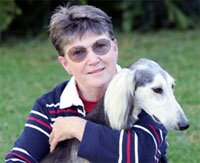 From my early childhood, animals have always played an enormous part in my life. I grew up in an isolated part of New Guinea where animals were my companions and security guards. I am now an international judge, owner of a large boarding facility and more importantly, I am the personal property of a number of very beautiful but spoilt cats and dogs!

As I write this two of my feline girls are supervising – curled up beside me.

My first pedigree cat was a seal point Siamese bought by my father as a birthday present in 1966 – and he was followed by another two seal points over the next couple of years. As I was already showing my dachshunds, it seemed right to head off to the shows with my cats.  So I drove from Bundaberg to Brisbane, cats one weekend then dogs another. And generally my cats were more successful in the ring!

I travelled to England in the 70’s – leaving my animals at home with my parents – as you do! Needless to say I still haunted the odd dog and cat show, while I was there, and came home at the end of 1972 with a Saluki dog which was the start of the Quanmarra prefix.

My parents finally had enough of me and my animals and decreed that we should go and find a home of our own – strangely my friend Penny’s parents felt the same way and so it was suggested that we should share the same kennel/cattery. This of course meant that there were no restrictions on animals – until we were sprung by the local Council much, much later! And that is another story!

Penny’s first cat was a seal point who lived in her wardrobe and ate her fur coat and I ventured into my first Oriental Shorthair Black Jack. Neither were stars in the show world but we did love them. We decided to get serious about our cats in 1991 and purchased a tabby point female who had a fabulous eye colour, a very firm chin and body spots.

Pat Mercer, an All Breeds judge suggested that we should consider putting our tabby point female to an Oriental boy so we checked out who had the winning OSH’s (Oriental Shorthair) at the time. So that was the beginning of the Quanmarra Orientals, for not only did we get to use the Korindah boys but we were also lucky enough to have Janelle and Ken Lawrence mentor us in our breeding programme  and we have remained firm friends with them ever since.

Since then we have bred a number of top winning cats at Paws & Whiskers:

I have been judging cats since 1998 and have judged in Australia, New Zealand, Malaysia, the USA, Philippines, UK and China

Whenever I am away I always try to get to both cat and dog shows in that area as I feel it is important that we never stop learning about these fascinating creatures.

I started exhibiting dogs in the early sixties and started breeding Salukis under the Quanmarra prefix in 1971.  I have also shown Papillons, Rottweilers and Dachshunds, however Salukis have remained as my abiding passion.

Over the years I have owned and bred a number of multiple Best in Show winning Salukis and now breed in partnership with Penny Dunkley and Ian Rasmussen and Philip Bennett of Ahmadi Salukis. At Paws & Whiskers our dogs have included the Top Saluki in Australia for 2002, 2003, 2004 & 2005 and Queensland Dog of the Year 2004 and 2008.

Ch Quanmarra Kareja the 2012 Queensland Hound of the Year and a multi Best in Show winner including the Toowoomba Royal, presently leads our small team of youngsters in the ring, with many in show and group wins.  Kareja’s brothers have also performed very well in the show ring overseas   in the USA, Thailand, Japan and at home with many in show awards and both national and international  titles.

I have been judging dogs since 1987 and I have judged extensively in Australia and New Zealand, and have also judged in Japan, Philippines, South Korea, Finland, South Africa, Canada, USA, Malaysia, Thailand, China, Sweden, Estonia and Taiwan.

Other Interesting Facts about Erin:

You are welcome to contact Erin at Paws & Whiskers. 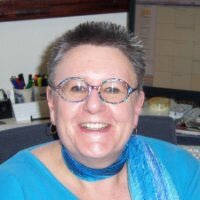 I had my first dog when I was nine years old; a two year old cross bred who lasted until I was 25. Since then I have been a lover of Salukis, receiving my first from Erin and also sharing many Salukis and Papillions with Erin. My current dog is a 10 year old mini wire haired Dachshund named Matilda.

My first cat was a neurotic Siamese who arrived as a kitten and hid in my wardrobe for days. Since then there have been Siamese, Orientals and Maine Coons who have made their way into my life.

Professionally, I have a degree in architecture and I have consulted on the design of a number of kennels and catteries.